After a DHT22 arrived a couple of days ago, I have had quite a few sensors running on my desktop: 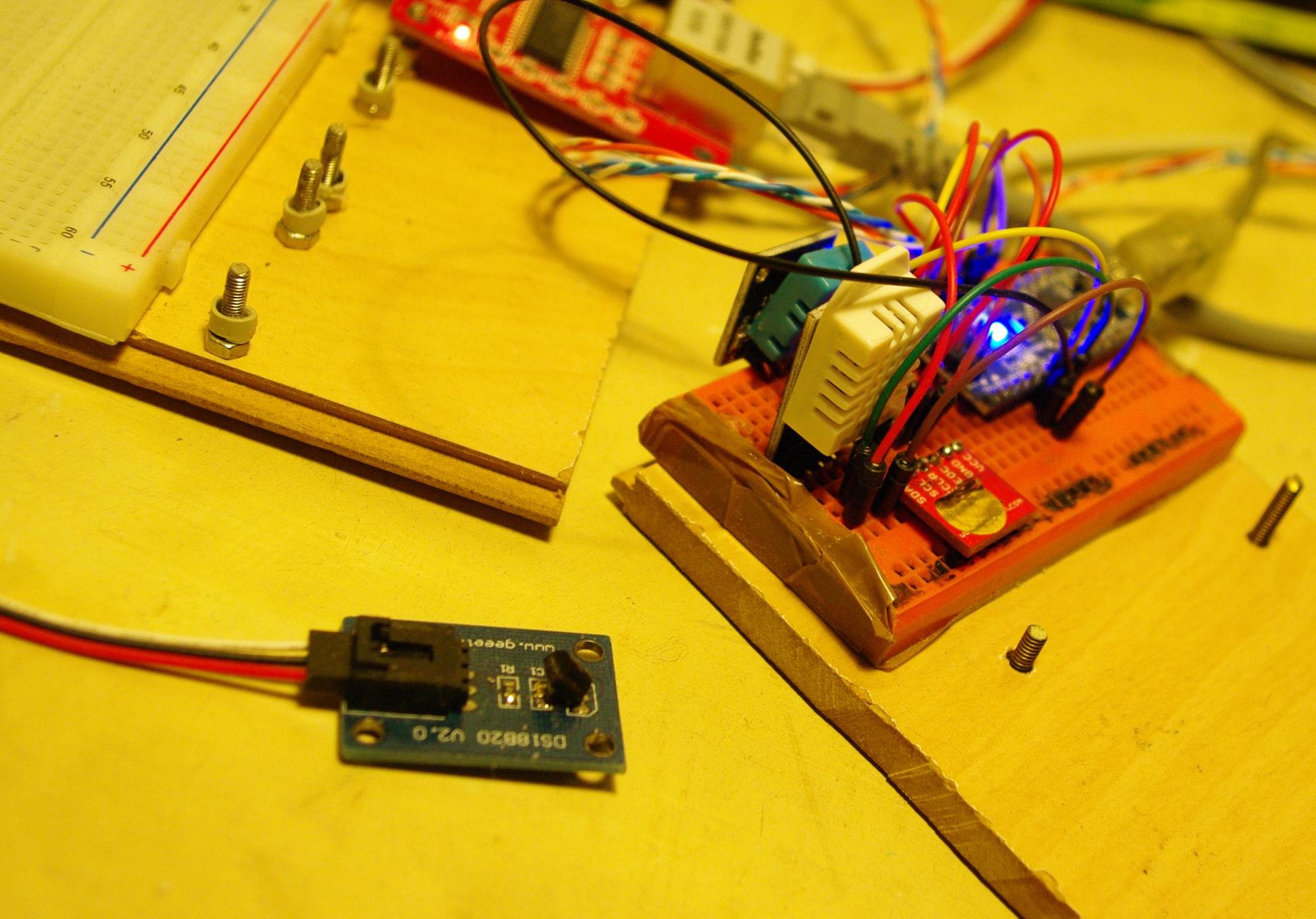 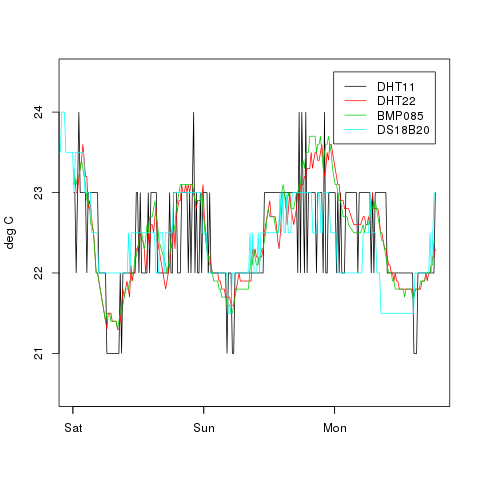 Relative humidity
When it comes to relative humidity, only the DHT22 and DHT11 can be compared. The DHT11 is reporting humitities with a 1% resolution and the DHT22 with a 0.1% resolution, so some differences are expected. But it turns out that the DHT11 seems to be a much poorer detector than the DHT22. It kind of gets the right humidity, but is really inaccurate. 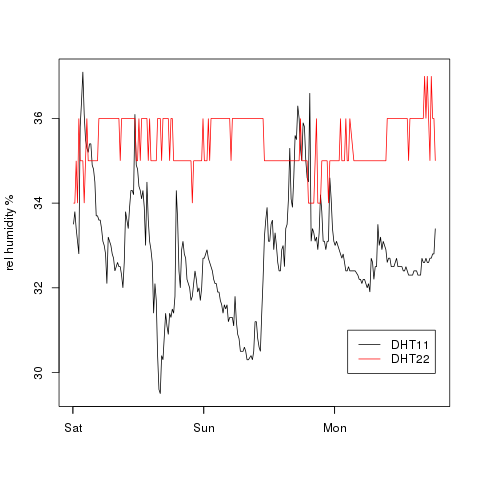 Relative humidity logged with a DHT11 and a DHT22.

Using just one detector of each kind, it is of cource difficult to give any general conclusions. By breathing on it, I can get the DHT11 to show a much higher relative humidity. It may be that one of my detectors is defective- but so far, it seems really to be worth it to shell out the extra to get a DHT22 rather than the DHT11.

This entry was posted in arduino. Bookmark the permalink.
Loading Comments...