There should be some limits to stupidity – I tried to pick up my bass while the cable was plugged in and I was standing on the cable… It ended up with a broken pickguard: 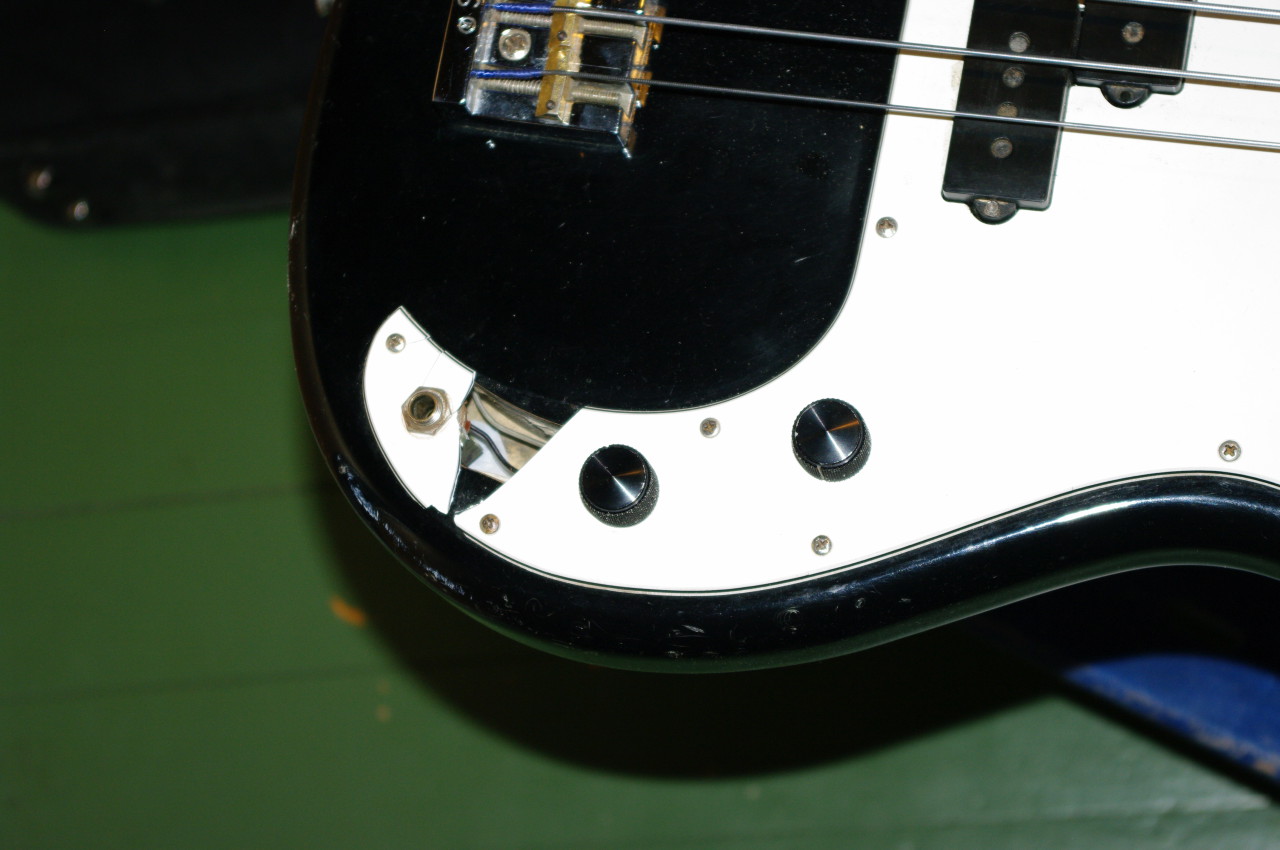 I don’t know how easy it is to find a new pickguard for an ’80 Ibanez so I decided to try to fix it. I needed something thin, strong and shapeable so I decided that a CD might fit the bill 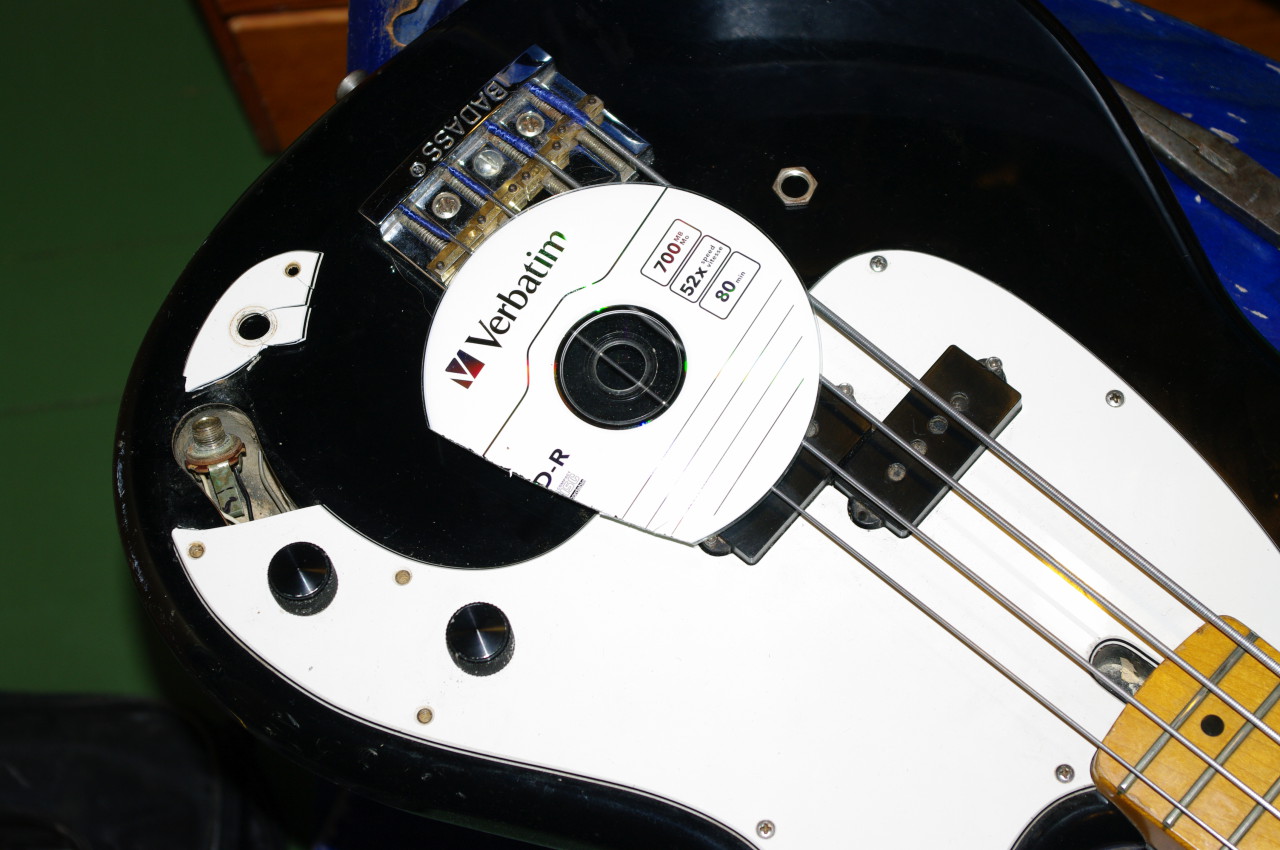 I drew the shape of the broken of piece of the pickguard on the CD and cut with a scissor along the line. To make things a bit easier for me, I centered the CD so that the jack fit through the centre hole. 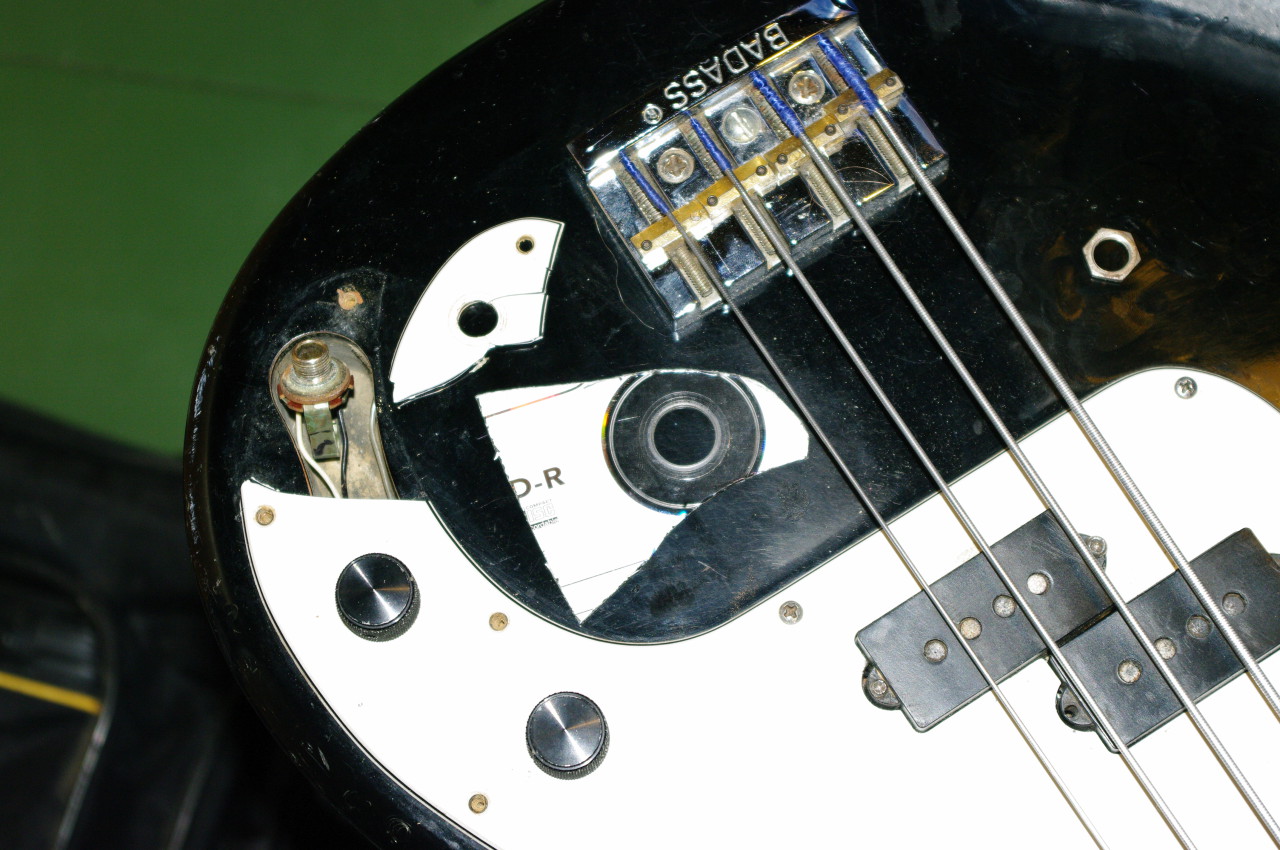 Having the template, I drilled a hole in the CD to be able to fit it temporary and find the shape for the rest of it. 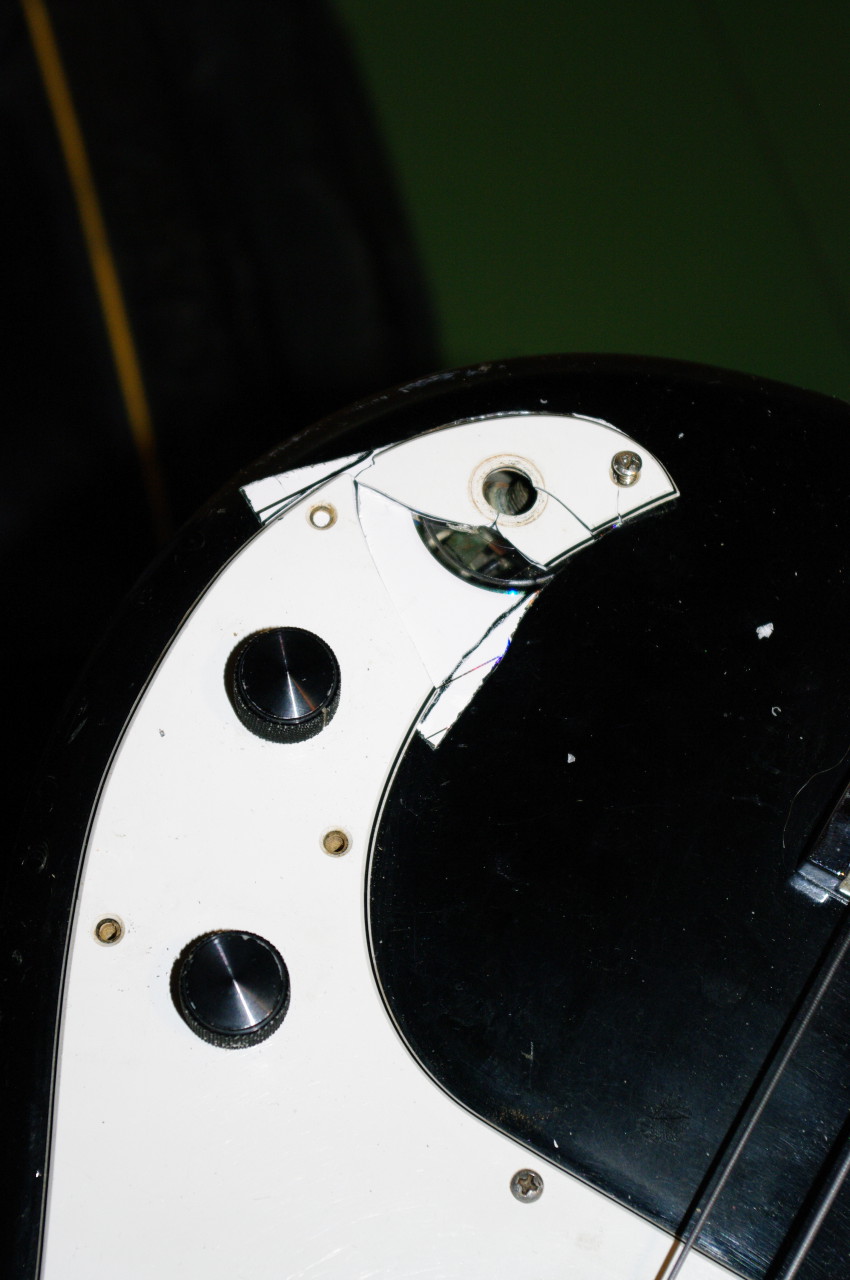 Then I could shape it 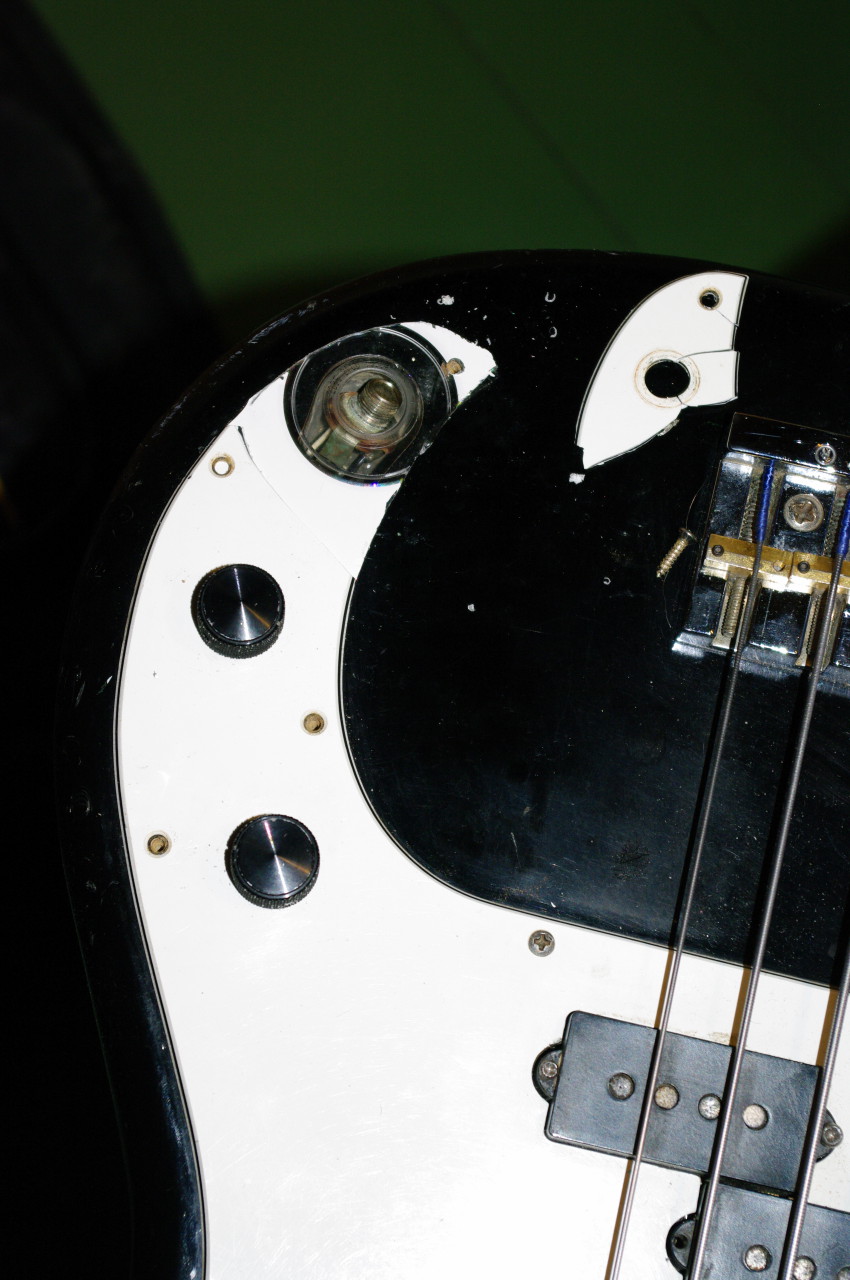 and glue on the broken of part (note that I have leveled the upper end a bit of to make it fit a bit smoother. 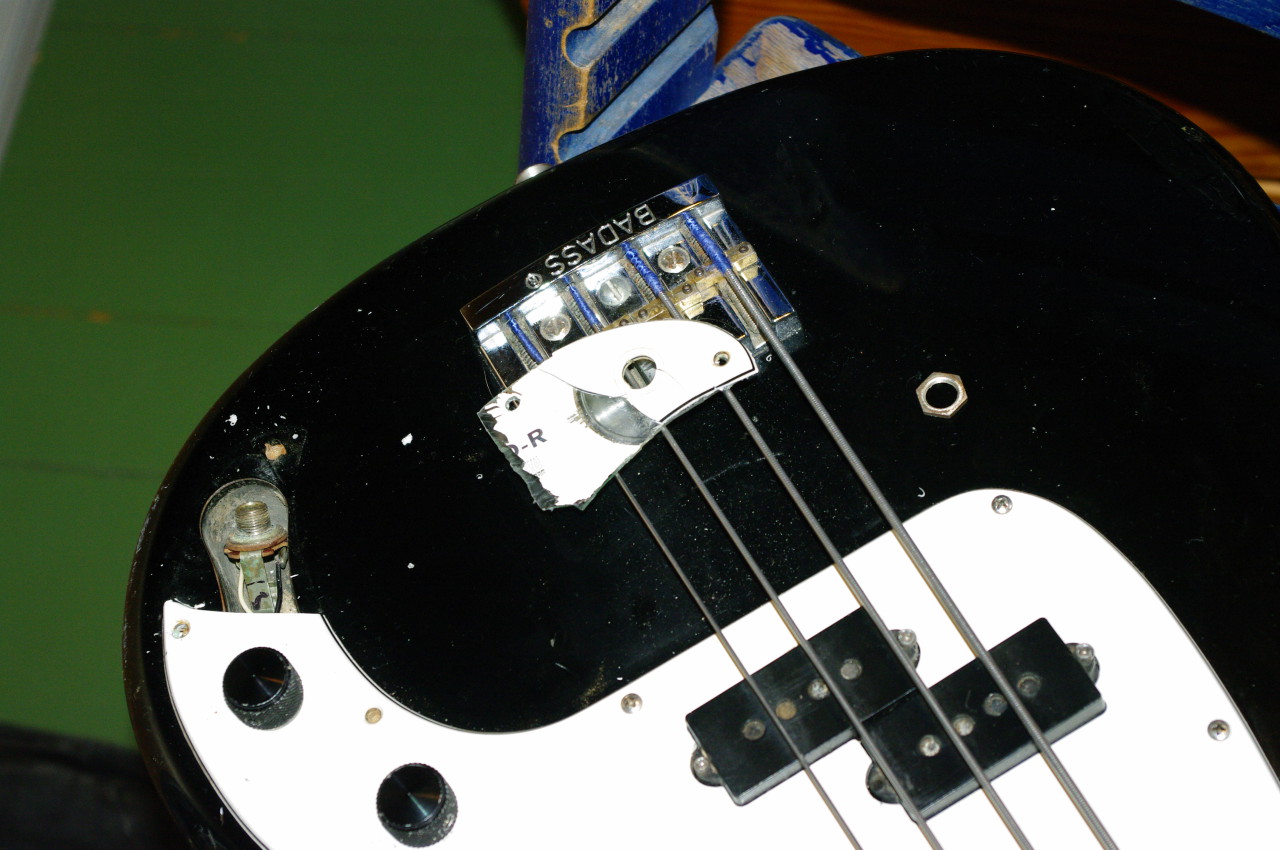 Then it was time to refit the jack 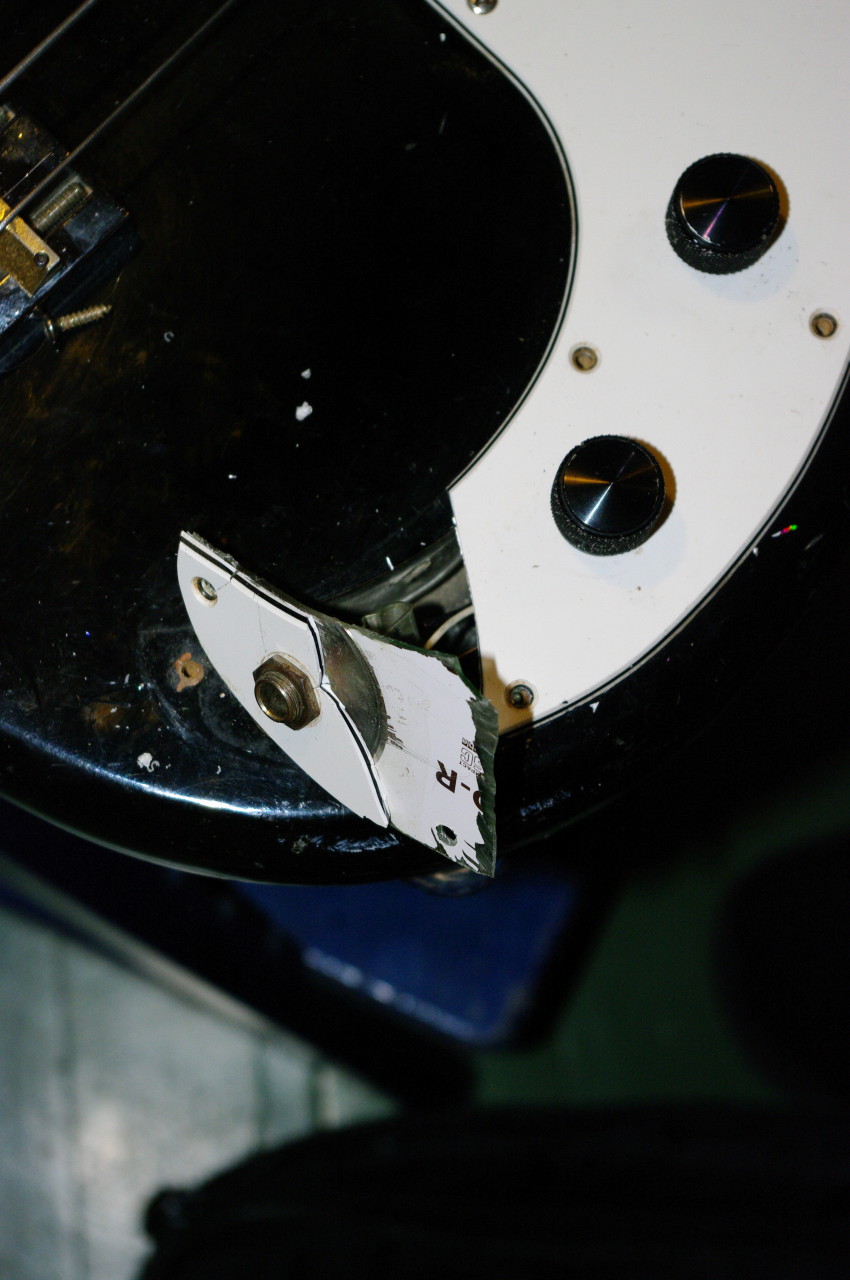 and put it all togheter again. 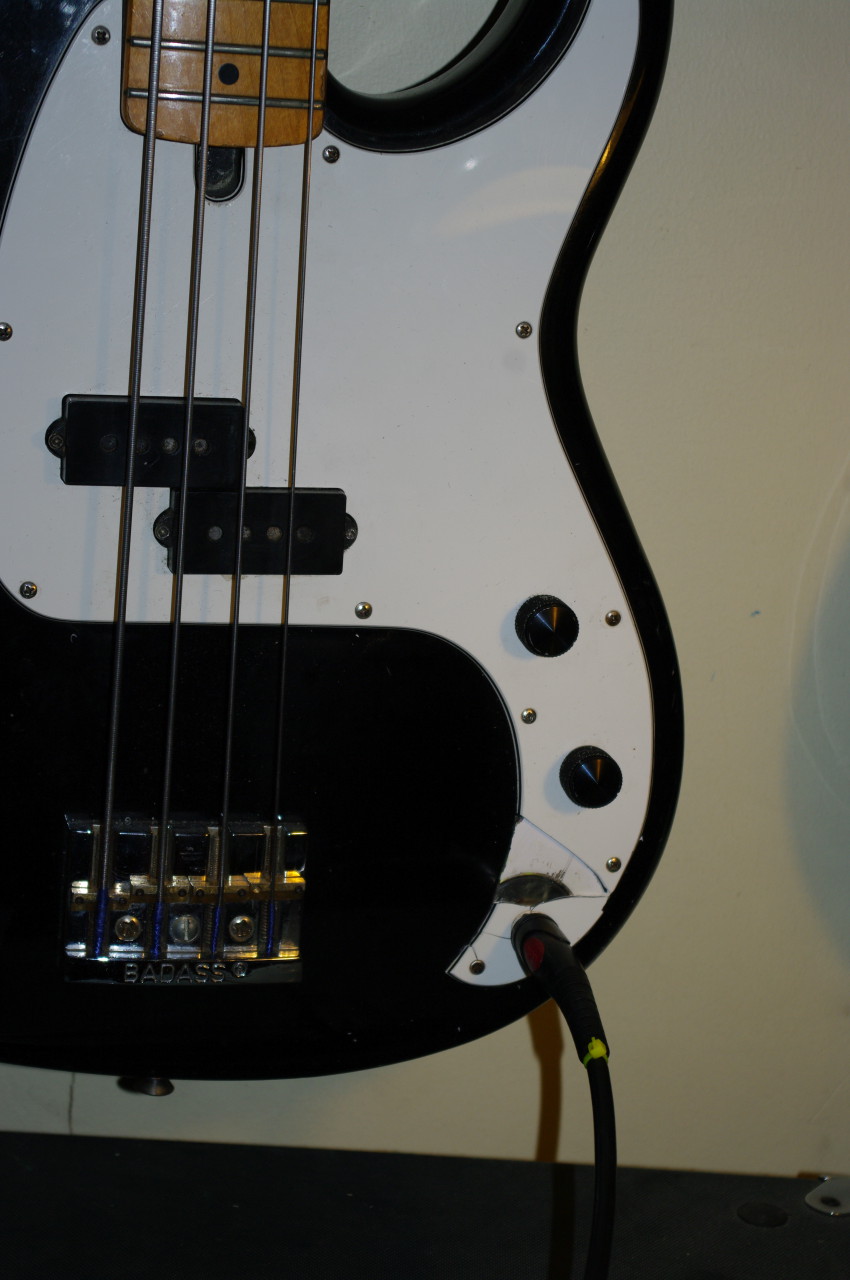 I don’t mind some “battle scars” on my bass, but this reminds me a bit too much of pure stupidity, so I may try to fix it up a bit more, maybe time to “borrow” some white nailpolish from some of the ladies in the house… (It can be seen that the pressure from the lowermost screw pushed it a bit out of shape) 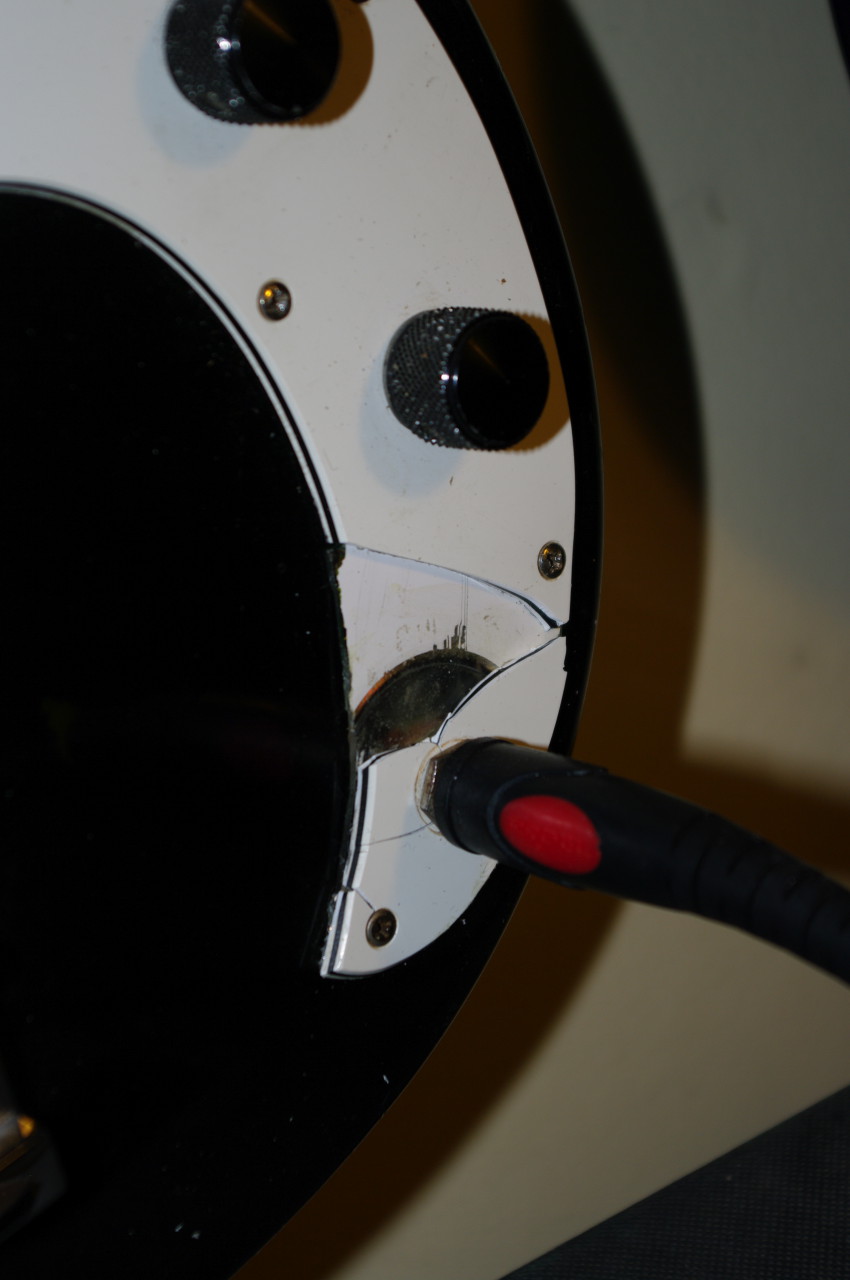 The old pickguard had a screening on the backside, that was of cource also broken. I have not (yet) noticed any increased noice, but I may take it a part and put on something later on (hah, famous last words). Either by gluing some tin foil to the back of the CD and the solder it to the old screening, or by refitting to screened cable from the jack.

Update – six months later: My fix turned out to be too unstable. I found out that it is no problem getting a new pickguard for fender basses, but not as easy for my ibanez, but I ended up ordering a new custom made one from Chandler music / pickguards.us – good quality and a perfect fit.

This entry was posted in Diverse. Bookmark the permalink.
Loading Comments...