I recently bought an ENC 28J60 module from geeetech. They offered a download for drivers and examples for arduino, but it turned out there were two grave snags:

My debian system had gcc-avr v 4.7.x, there are some resent changes that means that some of the arduino code does not compile. I was told that:

/usr/share/arduino/libraries/EtherCard/tcpip.cpp:459:20: error: variable 'c' must be const in order to be put into read-only section by means of '__attribute__((progmem))'

I don’t care if it is an error in the compiler or in the arduino system (as it was discussed on some lists), to get it to work, I just downgraded the compiler to version 4.3.5-1 (if you are using another system, you must download it from somewhere else). Then I installed it with sudo dpkg –install <package>. avr-libc should be dowgraded to 1.6.8 (the compiler worked without downgrading the libc, but that made further upgrades of the system impossible). To make those downgrades survive later system upgrades, pin them in /etc/apt/preferences.d/avr which should contain

This works fine with the examples where the arduino acts as a server. I have still not managed to get it to work as a client. 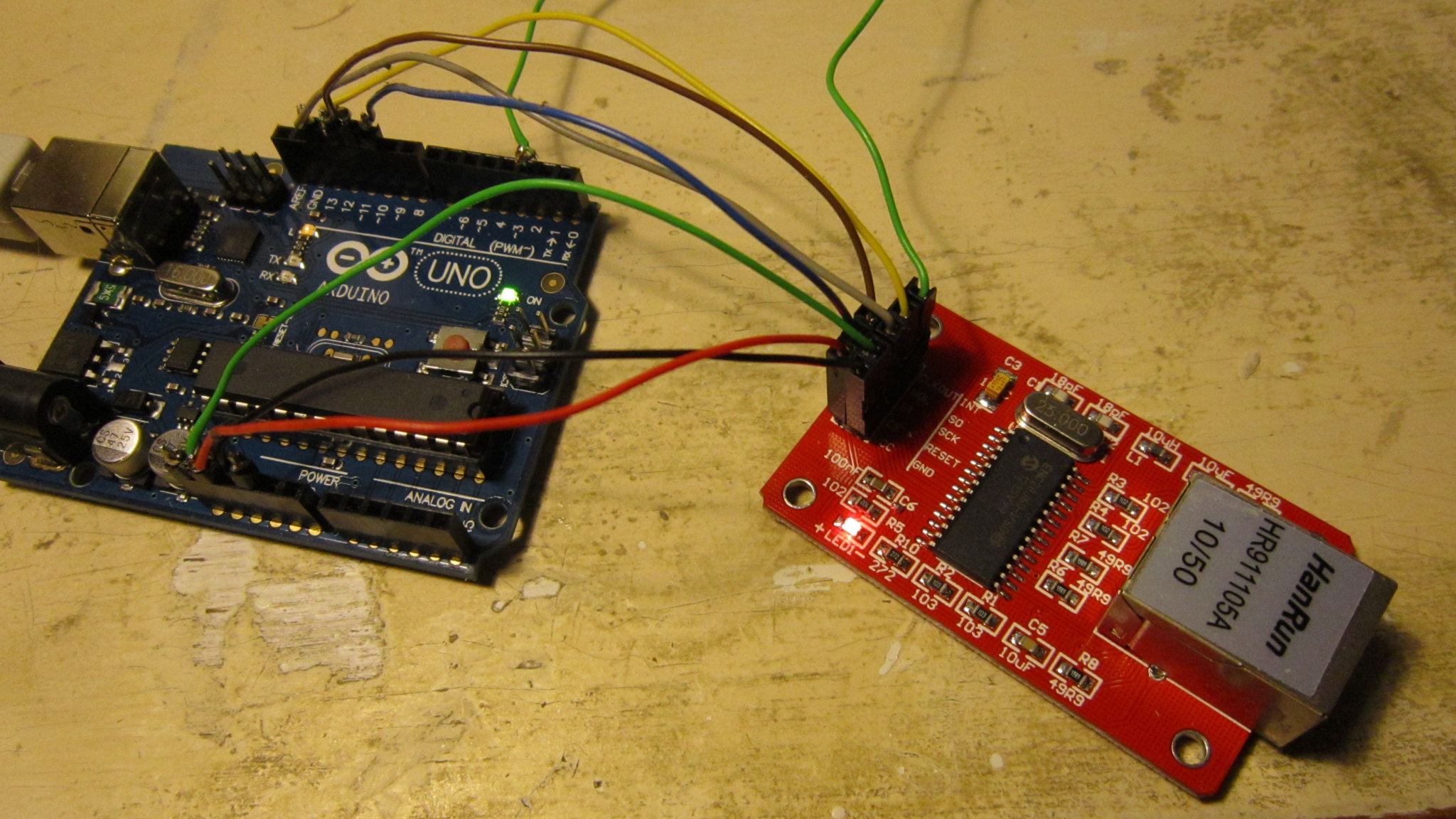 ENC28J60 ethernet module connected to an arduino.The markers onthe PCB may be a tad confusing. Vcc is the leftmost connection at the closest end. (red),

I am now connecting the 28J60 to the arduino using a ribbon cable (Split an old floppy disk cable to have just 10 conductors) The connections will then be:

This entry was posted in arduino, Data. Bookmark the permalink.